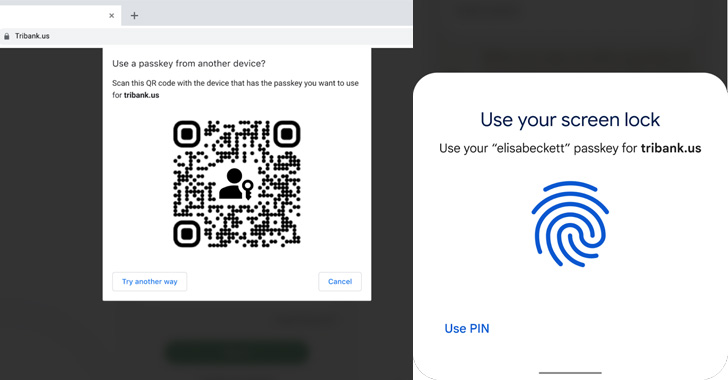 Google on Wednesday officially rolled out support for passkeys, the next-generation authentication standard, to both Android and Chrome.

“Passkeys are a significantly safer replacement for passwords and other phishable authentication factors,” the tech giant said. “They cannot be reused, don’t leak in server breaches, and protect users from phishing attacks.”

To that end, creating a passkey requires confirmation from the end-user about the account that will be used to log in to the online service, followed by using their biometric information or the device passcode.

Signing in to a website on a mobile device is also a simple two-step process that entails selecting the account and presenting their fingerprint, face, or screen lock when prompted.

The most compelling advantage to Passkeys is that they are also browser and operating system-agnostic, meaning an Android user can log in to a passkey-enabled website using Safari on iOS or macOS, or the Chrome browser on Windows.

Google also noted that the generated passkeys are securely stored and synced to the cloud via its Password Manager to prevent lockouts, adding developers can integrate passkey support on their sites using the WebAuthn API.

The internet giant further said that it aims to release an API for native Android apps in 2022 that will give users a standardized way to select either a passkey or a saved password.