OpenAI is a research organization that focuses on developing and promoting friendly artificial intelligence. It was founded in 2015 by a group of entrepreneurs, researchers, and philanthropists who wanted to ensure that AI could be aligned with human values and would be used for the benefit of all humanity.

ChatGPT is a variant of the GPT (Generative Pre-training Transformer) language model developed by OpenAI. It is designed to generate human-like text in a conversational style, making it well-suited for tasks such as chatbots, dialog systems, and question answering systems. ChatGPT is trained on a large dataset of human conversations and can generate responses to a wide range of prompts, including open-ended questions and prompts that require the model to provide information or perform a specific task. 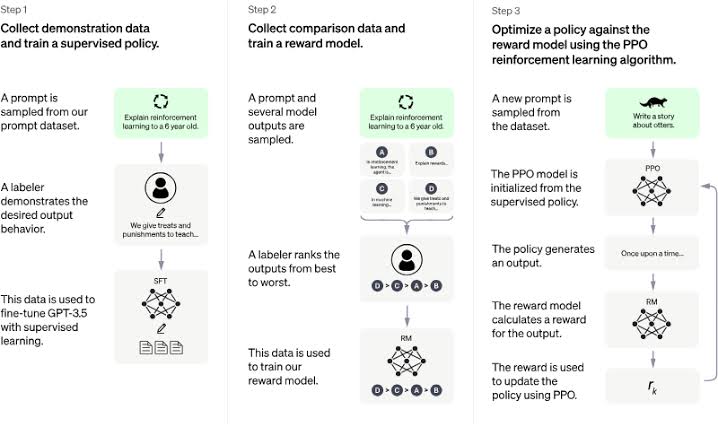 ChatGPT uses a transformer architecture, which is a type of neural network that is particularly well-suited for natural language processing tasks. The model is trained to predict the next word in a sentence based on the words that come before it, using a process called autoregressive language modeling. ChatGPT is also pre-trained on a large dataset of text, which allows it to learn about the structure and patterns of language and to generate text that is more coherent and fluent than models that are not pre-trained.

ChatGPT can be used for a wide range of applications that require the generation of human-like text, such as chatbots, dialog systems, and question answering systems. It can also be fine-tuned for specific tasks, such as language translation or summarization, by training it on a dataset that is relevant to the task at hand.

Like any AI model, ChatGPT has its limitations and it is important to understand and consider these when using the model. For example, ChatGPT may generate text that is biased or offensive if the training data contains such content. It is also important to note that ChatGPT is not capable of understanding or reasoning in the same way that a human can, and it is not a replacement for human judgment or decision-making.

ChatGPT is a variant of the GPT (Generative Pre-training Transformer) language model developed by OpenAI. It is specifically designed for generating natural language text in a chatbot-like fashion, allowing it to have conversations with users in a way that feels more human-like.

One key difference between ChatGPT and other GPT models is that it is trained on a large dataset of conversation data, rather than just general language data. This allows it to learn the structure and patterns of conversation, making it better at generating text that is appropriate for use in a chatbot.

In addition to being trained on conversation data, ChatGPT also includes a number of other features that are designed to improve its performance as a chatbot. For example, it includes a context-aware response generation mechanism that allows it to take into account the context of the conversation when generating responses. This helps it generate more appropriate and relevant responses, rather than just repeating information or generating unrelated text.

Overall, ChatGPT is a powerful tool for creating chatbots that can have natural and engaging conversations with users. Its combination of the Transformer architecture and specialized training data allows it to generate text that is both coherent and contextually appropriate, making it a valuable asset for a wide range of applications.